Atlanta United has launched United We Vote with a focus on voter education, registration and participation in the 2020 general election. The club is also sharing the importance of voting through authentic storytelling and first-person experiences and a newly-formed partnership with Rock the Vote. Additionally, Atlanta will have all 11 eligible players registered to vote by Sept. 22. AMB Sports and Entertainment is joining forces with When We All Vote and Janelle Monae’s Wondaland to host Fuel the Vote and Wondalunch on Sept. 26, a drive-thru voter registration and food distribution event in The Home Depot Backyard at Mercedes-Benz Stadium to encourage voter registration leading up to the general election.

In addition, MLS front office and U.S.-based club facilities will be closed on Election Day (Tuesday, November 3), to ensure that everyone in the MLS community can exercise their right to vote and serve their community as a poll worker or nonpartisan election volunteer.

“Participation in local and national elections is one of the most important responsibilities we have as citizens. Major League Soccer and our players recognize the opportunity we have to leverage our platform to amplify the importance of voting,” said MLS Commissioner Don Garber. “We hope to inspire MLS fans and the entire soccer community to educate themselves about the voting process, register to vote, and vote on Election Day.”

MLS is teaming up with Power the Polls, a first-of-its-kind, nonpartisan initiative of businesses and nonprofits working to recruit a new generation of young, diverse poll workers to help ensure a safe and secure election this November. MLS will also become a member of the Civic Alliance, a nonpartisan network of more than 200 companies working together to encourage voter participation.

“We’re proud to partner with Major League Soccer and so grateful to the soccer community that is stepping up to help ensure the upcoming election is safe, fair, and accessible for all,” said Scott Duncombe, co-director of Power the Polls. “With less than 50 days to the November in-person election, addressing the poll worker shortage is more urgent than ever. The shortage threatens our democracy, puts our older population at risk, and disproportionately affects low-income communities and communities of color. Power the Polls is committed to working to sign up enough poll workers and volunteers to keep polling sites open, staffed, efficient, and functioning. Thank you, Major League Soccer for joining us in this effort.”

“Major League Soccer is strengthening our democracy by empowering their players and fans with tools to register to vote and participate in this year’s election,” said Steven Levine, Civic Alliance Director. “By standing up as strong champions for nonpartisan civic participation, professional sports leagues, teams and players are helping to create a future where voting is celebrated and all Americans make their voices heard. We salute Major League Soccer for joining the Civic Alliance and helping to lead this movement.”

The Black Players for Change have identified voter registration as a major point of emphasis as part of their continued efforts to foster change. In partnership with the MLSPA, BPC has mobilized the entire MLS player pool around voter registration, focusing on a player’s civic duty, not preferred candidates, political parties or platforms.

Below is a sampling of how the MLS community is uniting to educate, elevate and activate the soccer community around voting.

MLS is focused on providing resources and programming that draws awareness to the voting process, emphasizes the importance of voting and explains the process to register. This information will be readily available as part of a centralized online hub and will contain a resource guide on registration, key dates, content about club and player activations, and links to registration and voting resources and organizations for fans.

Elevate:
Using the League’s platform to amplify voter registration messages, MLS will elevate our soccer community posts on social media, club programing and content that highlights the importance of voting and encourages people to engage in the election process.

MLS has partnered with Power the Polls to engage in mobilizing young citizens to sign up as poll workers. In partnership with the Civic Alliance, MLS fans will also be encouraged to text VOTER to 26797 to register to vote, sign-up for elections reminders, and request a mail-in ballot. In addition, MLS clubs are executing community-based voting related projects with the objective to register American voters among the MLS fan base.

A sampling of club initiatives, with more to be featured on League and club social platforms.

For more information on “MLS Unites to Vote,” visit MLSsoccer.com/Vote.

About BPC
Black Players for Change (BPC) is an organization consisting of over 100+ players, coaches and staff of MLS, working to bridge the racial equality gap that exists in society. BPC is committed to tackling the racial injustices that have limited Black people from having an equitable stake in the game of soccer and society. Among the many goals the organization strives to advance the attention on human right inequalities from protest to programs, partnerships and policies that address systemic racism. For more information visit www.BlackPlayersForChange.org or follow us on Twitter and Instagram.

The Major League Soccer Players Association (MLSPA) serves as the voice and collective bargaining representative for all former, current and future Major League Soccer players. Formed in April 2003, the MLSPA ensures protection of the rights of all MLS players, while also promoting their best interests and amplifying their voices. The MLSPA is a democratic organization run by and for players, and ultimate control over the MLSPA rests with the players. To learn more please visit www.mlsplayers.org.

About Power the Polls
Power the Polls is a first-of-its-kind initiative to recruit poll workers to ensure a safe, fair election for all voters. Amidst a nationwide poll worker shortage and fewer than 100 days to sign up as many as 250,000 new workers nationally, Power the Polls is part of the solution through education, recruitment, and business engagement. Power the Polls was launched in June 2020 by a coalition of businesses and nonprofits, including Civic Alliance, Center for Secure and Modern Elections, Comedy Central, Fair Elections Center, Levi Strauss & Co, MTV, Patagonia, Pizza to the Polls, Time To Vote, Uber, and We Can Vote. The website utilizes data from Work Elections, a unique website developed by Fair Elections Center that centralizes information on poll worker requirements and links to applications for over 4,000 election jurisdictions around the country. For more information for voters, organizations and businesses looking to participate, visit www.powerthepolls.org.

About the Civic Alliance

The Civic Alliance is a nonpartisan business coalition that strengthens our democracy by supporting safe, trusted, and accessible elections and inspiring every American to participate in shaping our country’s future. Founded by the CAA Foundation and Democracy Works, the Civic Alliance has cultivated a community of more than 200 companies united by a shared belief that an active democracy is good for business and an engaged business community is good for democracy. With its valuable tools, resources, events, and partnership opportunities, the Civic Alliance helps its member companies engage their employees and consumers as active participants in civic life. Join us at civicalliance.com. 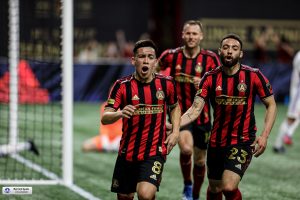 ATLANTA — Atlanta United defeated CF Montreal 1-0 at Mercedes-Benz Stadium in front of a home crowd of 40,116; which is the largest attendance at 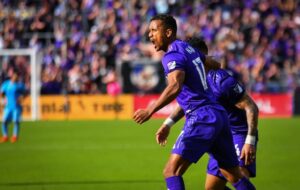 The Sunshine State Rivalry, El Sunpassico, Florida Derby, whatever your preferred name for the rivalry between Orlando City SC and Inter Miami FC is, it 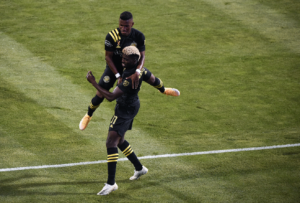 Columbus Victorious in Front of 1,500 Fans in Hell is Real Battle

COLUMBUS, OH – The second match of Hell is Real took place at MAPFRE Stadium in Columbus on Sunday evening. Not only was this a