MIAMI, Fla. (Oct. 23, 2022) – Kyle Larson has led a lot of laps and come awfully close to hoisting a trophy at Homestead-Miami Speedway. On Sunday he finally did both, winning the Dixie Vodka 400 NASCAR Cup Series Playoff race in dominant form.

Larson swept both Stage wins and led 199 of the race’s 267 laps in the No. 5 Hendrick Motorsports Chevrolet to pull away to a 1.261-second victory over Florida native Ross Chastain in the No. 1 Trackhouse Racing Chevy.

Kaulig Racing’s A.J. Allmendinger was third with Richard Childress Racing’s Austin Dillon and Roush-Fenway-Keselowski Racing’s Brad Keselowski rounding out the top five. It is the 2012 series champion Keselowski’s first Top-five finish since becoming co-owner of the organization this season.

“No matter what team I’ve been with, things haven’t worked out on my end to get a win, so glad to get one today,’’ Larson said.

“Definitely the best run we’ve had all year long,’’ he added. “We’ve been capable of it I feel like many weekends, we just hadn’t quite put it all together. [Crew chief] Cliff [Daniels] gave a great speech this morning and got us all ready to go and focused.

“Amazing race car,’’ he noted with a smile.

The 30-year-old Californian was eliminated from the Playoffs in the last round, so Chastain was the top-finishing championship contender with only one race – next week at Martinsville, Va. – to set the four driver Championship field for the Nov. 6 season finale at Phoenix.

Only two Playoff drivers finished in the Top-10 Sunday at Homestead: Chastain and Denny Hamlin, who was seventh in the No. 11 Joe Gibbs Racing Toyota.

Team Penske’s Logano is the only Playoff driver who has already earned his position in the Championship race thanks to a victory at Las Vegas a week ago. Chastain, Elliott and Byron now complete the Top-four driver ranking.

Hamlin sits in fifth place, five points below Byron. Blaney is 18 points below the cutline, Bell, 33 back and Briscoe now essentially in a must-win situation, trailing by 44 points.

With his victory, Larson’s No. 5 Hendrick Chevrolet is eligible for the owner’s title.

While Larson dominated the laps-led category and even paced the field by more than 9-seconds at one point late in the race, he had to earn this trophy after a late-race caution flag.

Martin Truex Jr. had taken the lead after a caution period with 46 laps remaining and pulled away to a nearly 2-second lead when the final yellow flag flew again with 23 laps remaining.

As the field pitted, Larson’s Chevy was right behind Truex’s Toyota and it appeared Truex was going to miss his pit box when Larson’s car bumped Truex’s car from behind. The contact spun Truex, whose team was still able to service the car, but he fell outside the Top-10 initially before racing back up to a sixth-place finish.

“I was just going behind him and he had a hard left and was hard on the brakes at the same time and I got into the back of him, ‘’ Larson explained of the incident. “My team said he was late getting into his stall. I don’t know. If it was my fault I’m sorry, but I don’t think it was. It’s hard to see on this pit road. . hate that happened. He was definitely the one I was going to have to beat.”

Truex, who is still racing for his first victory of 2022, was obviously disappointed in the outcome, but could only shake his head at the circumstances.

“It’s really hard to see through these windshields with the sun like that and all the stuff covering it,’’ Truex said. “I did see my box late for sure, so I slowed down before I turned out of the way of the 5 (Larson) there.

“Partly on me, I didn’t expect to get turned around and glad nobody got hurt there. Overall, just tough, just disappointing to have a good day going like that and have a shot at winning and couldn’t close the deal. I hate it for my team.

“It’s been one of those years.”

Next year’s Dixie Vodka 400 is set for Oct. 22, 2023. For more information on all events at Homestead-Miami Speedway, please visit www.homesteadmiamispeedway.com

Fans can also receive updates about upcoming events and races at Homestead-Miami Speedway on Twitter, Facebook and Instagram, as well as the NASCAR Tracks App for the latest speedway news. 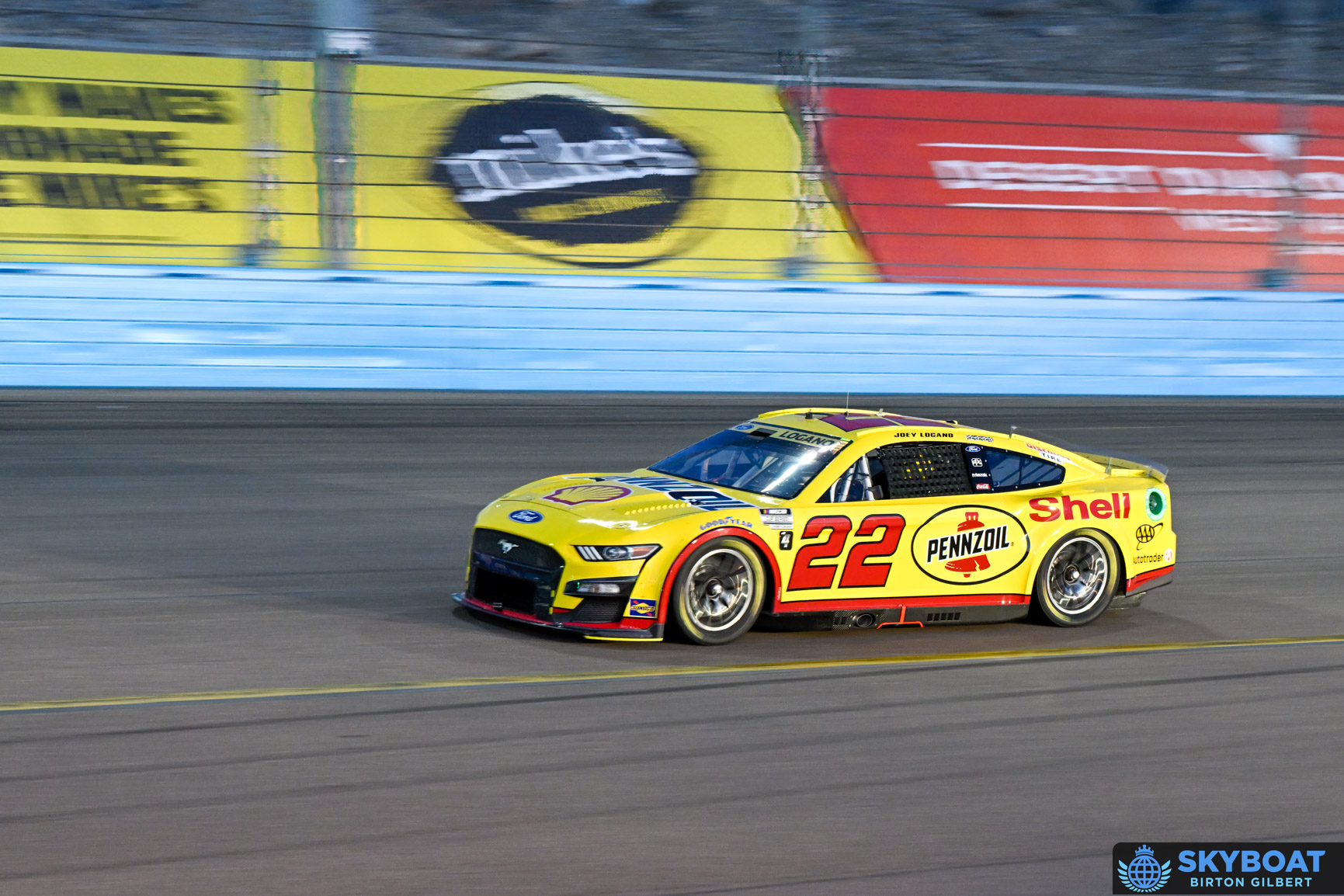 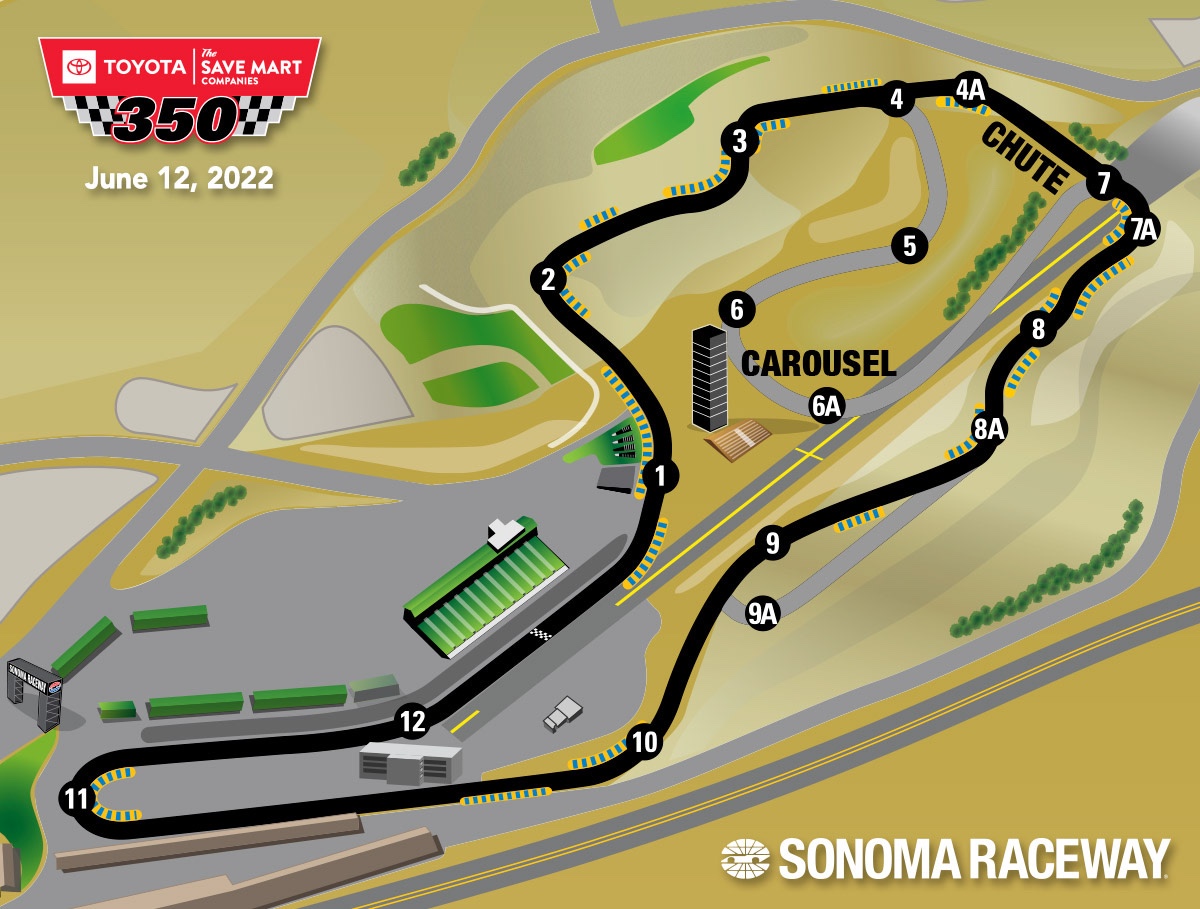 Sonoma Raceway bringing back the Chute for 2022 NASCAR Weekend

SONOMA, Calif. – There’s nothing like high speed turns at an iconic road course, and this year, NASCAR drivers will be flying down the Chute 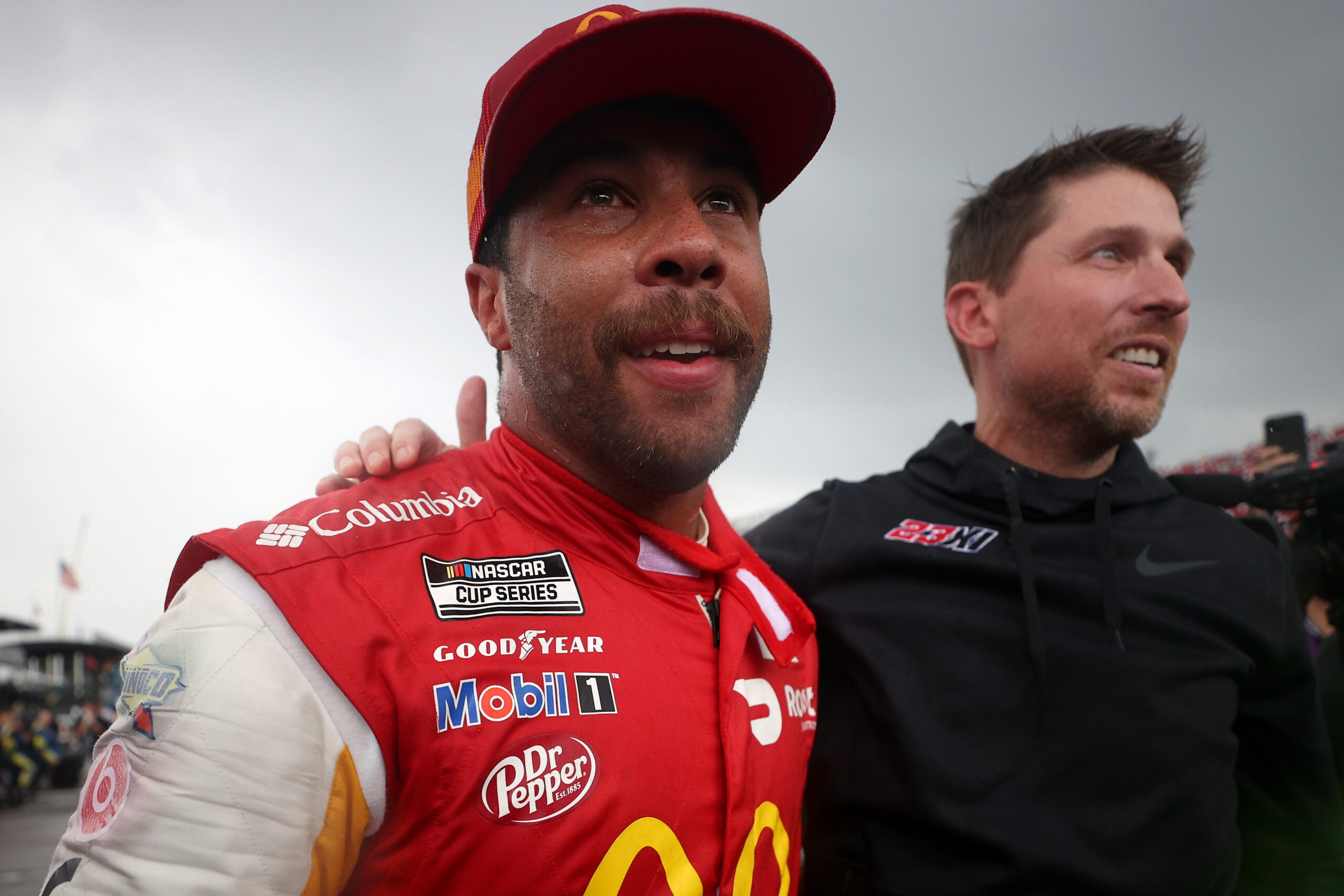 Racing, especially at superspeedways, is all about drivers placing themselves in the right place at the right time. For Bubba Wallace and his 23XI Racing